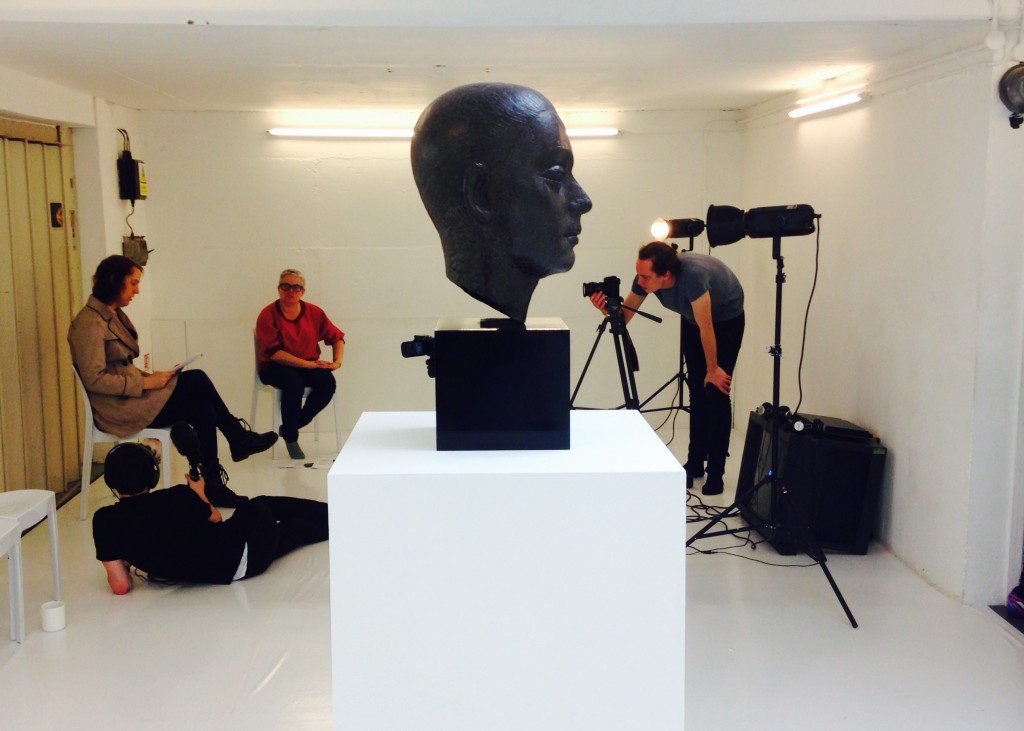 Oreet Ashery is a UK based interdisciplinary visual artist born in Israel, whose personally and politically charged exhibitions, performances, videos and writings are highly regarded internationally. Often presenting her work in the guise of fictional characters, Ashery works on public, community, educational and participatory projects that are both politically and socially engaged, and is particularly interested in gender, race and religion, ethnicity and identity.

Ashery’s Revisiting Genesis is a web series in development as part of her current Stanley Picker Fellowship. The series explores some of the philosophical, socio-political, practical and emotional implications of the processes of dying, digital afterlife and legacy, friendships and reincarnations of women artists, including Dora Gordine.

Ashery’s installation for fig-2 at the Institute of Contemporary Arts (10-16 Aug 2015) placed two of Gordine’s bronzes – a self-portrait and a portrait of the art historian and museum director Sir John Pope-Hennessy, in dialogue with a photograph depicting Amy Winehouse with her producer Mark Ronson and an excerpt from Alfred Hitchcock Presents.

Ashery says of her ongoing practice:

“My practice incorporates the performative and fictive, the potential group, the body in deterritorialised public contexts, objects and assemblages. I am currently interested in the ways in which somatic experiences in life and in art produce unexpected politically charged moments and the subjectivities that emerge in self-knowledge forming and knowledge-formations, as part of the making process of working with groups or individually.”