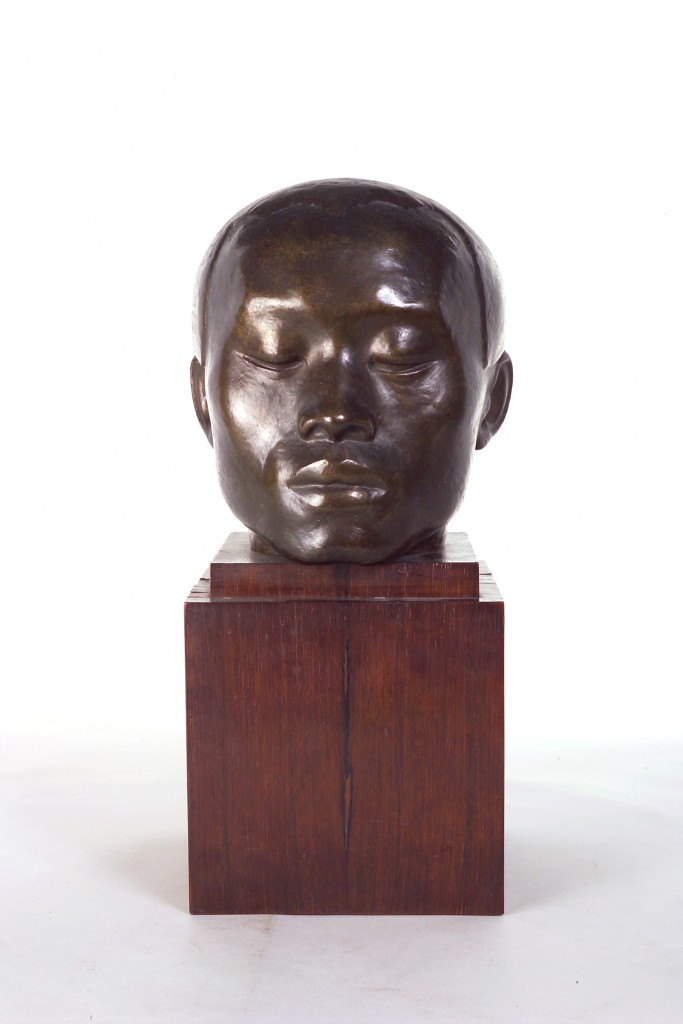 Dora Gordine, Chinese Head/Chinaman/Chinese Philosopher/Chia-Chu Chang, 1925-26 bronze, 46.7 x 22.3 x 22 cm. Cast by Valsuani. The sitter was a young man named Chia-Chu Chang (1902-85). Chia-Chu Chang was born in Jiading, near Shanghai. His father was a doctor and a philanthropist who collected ancient Chinese art. In the early 1920s he was sent to America to learn English and studied at Clark College in Massachusetts and at Columbia University in New York. On his return to China, while making travel arrangements in Paris, Chang was approached by a man sent by Gordine to ask whether he would sit for a portrait head. He agreed and the sittings were completed over three intensive days. He evidently enjoyed the experience and on his return to China sent Gordine a series of affectionate postcards. In China, Chang was involved in various cultural activities, including organising a lecture tour of China by the Nobel Prize-winning Bengali poet Rabindranath Tagore (1861-1941). He went on to co-own the Yunchang Dress Shop on the fashionable Nanjing East Road in Shanghai and after joining the Bank of China’s Research and Credit Department, worked in the Foreign Trade Bureau of Chiang Kai-shek’s nationalist government. He later sat on the executive committee of the Ministry of Finance’s Foreign Trade Commission. With the victory of Mao’s Communists, in October 1949, he moved to Hong Kong and then to Japan, before setting in Brazil where he became president of the Chinese Vegetable Oil Corporation and pioneered the growing, processing and sale of soya beans and castor seeds. In 1966 he moved to San Francisco and remained in the United States until he died. His 1983 book In Search of China’s Future speculated on how the country might develop after the death of Mao.