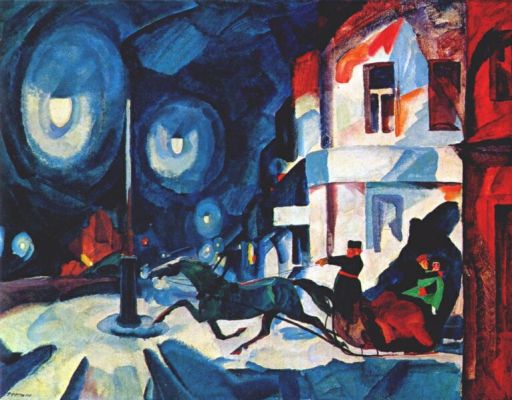 Dorich House Museum is collaborating with GRAD to host a series of three fascinating lectures on Soviet Film, Fashion and Architecture in the 1920’s.

The era of the New Economic Policy (NEP), from the end of the Russian Civil War in 1921 to the onslaught of collectivization and rapid industrialization in 1929, was a time of transition from what tsarist Russia had been to what Soviet Russia would become. It was a short period when Russians were given some “breathing space”, when starvation and shortages were replaced by a free market economy and a jazz age splashed onto the streets of the Russian cities.

Three evening lectures, held at Dorich House Museum will discuss Soviet film which became one of the most popular forms of entertainment, fashion which was given a new lease of life at the time when women wanted to look beautiful again and innovative Russian architecture which thrived in the 1920s.