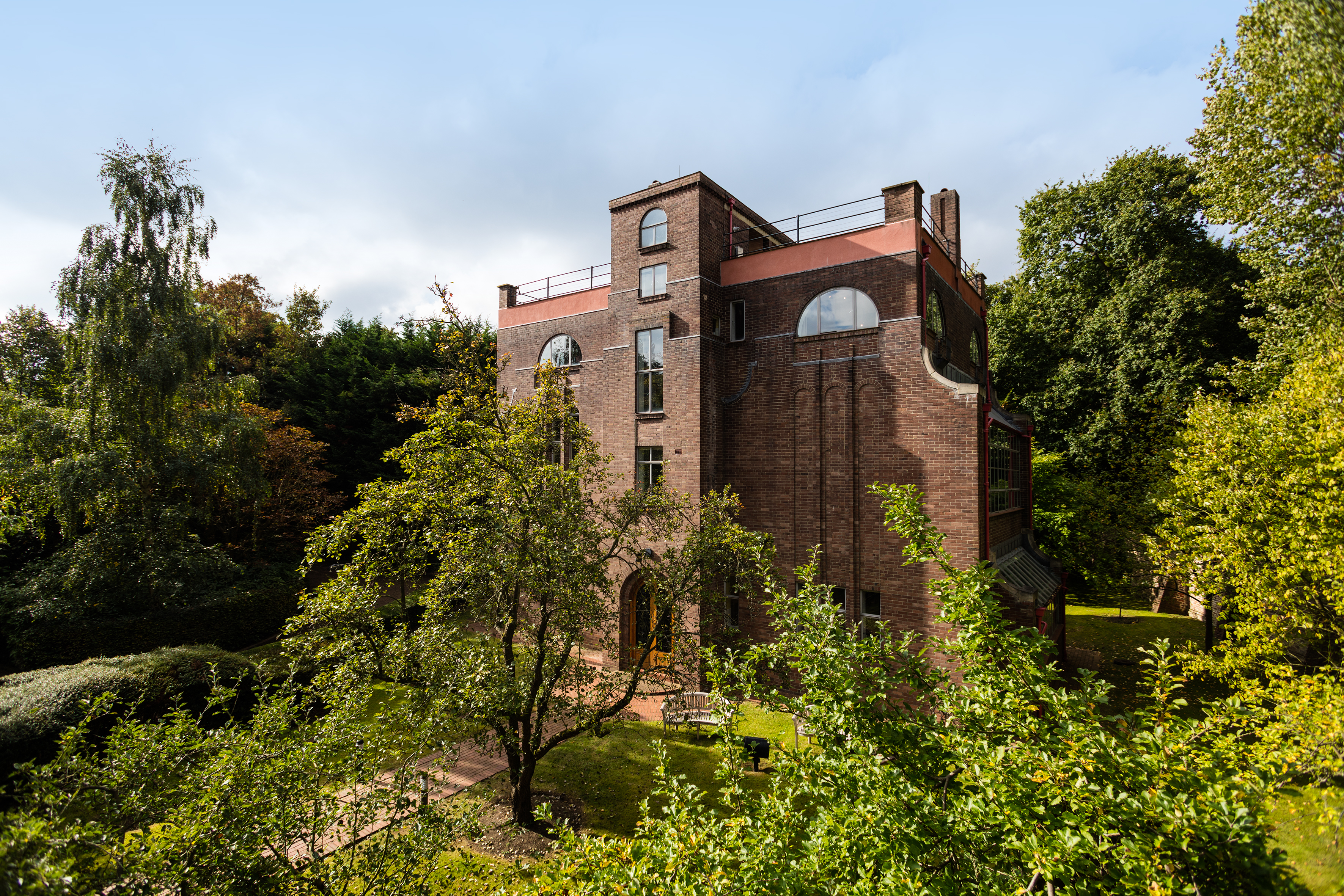 Dorich House is the 1930s former studio home of the sculptor, artist, and designer Dora Gordine and her husband the Hon. Richard Hare. The name ‘Dorich’ is an amalgam of Dora and Richard. Now Grade II listed and an exceptional example of a modern studio house created by and for a female artist.

For Open House 2020, photographer Ellie Laycock has created a short film Dorich House: Then and Now, which shows how the building has changed over the years.

Dora Gordine was born in Liepāja in Latvia and moved with her family to Tallinn in Estonia in around 1911. She first exhibited as an artist in Tallinn in 1917. From the mid-1920s she studied and worked in Paris and established a reputation as a talented sculptor. In the early 1930s she spent time living, working, and travelling in southeast Asia. She returned to Europe permanently in 1935 and married Richard Hare the following year. Dorich House was completed to Gordine’s design in 1936 and she lived there until her death in 1991.

Richard Hare was the second son of the fourth Earl of Listowel. He graduated from Oxford University with a first-class degree in philosophy, politics, and economics in 1929. After studying in Paris and Berlin he entered the diplomatic service. During the Second World War he worked in Anglo-Soviet relations at the Ministry of Information. After the War he pursued an academic career, specialising in Russian art, literature, and culture. With Gordine he built up a large collection of Russian art and design at Dorich House.

Throughout her life Gordine accumulated significant practical knowledge and experience of architectural design and construction. During her childhood and adolescence her father was involved in the completion of two large residential and commercial buildings, one in Liepāja and one in Tallinn. After his death Gordine was involved in the management of the Tallinn building. As her artistic career developed in Paris in the 1920s, she commissioned the leading modernist architect Auguste Perret to design her a studio home in the modern suburb of Boulogne-Billancourt. In Singapore her hand can be seen in the design of the intriguing Round House of Dr Garlick, her second husband, in which she never lived. Gordine was also an active participant in the design of an unrealised studio house at Merton Lane in Highgate for which Richard Hare’s friend Godfrey Samuel of the leading modernist architectural practice Tecton was the architect.

The Design of Dorich House

Although Gordine had no formal architectural training she had a clear vision for Dorich House as her ideal domestic and working environment. Her design, a powerful statement of her personal and artistic identity, draws on a variety of international sources and influences, among others, the architecture of Tallinn, elements of Auguste Perret’s design for her Paris studio home, and references to the architectural and interior design of southeast Asia. It also reflects her knowledge of modern architectural theory, employing reinforced concrete for the slab floors to allow large floor spans of sufficient strength to bear the weight of heavy bronze sculptures.

A builder and surveyor, Henry Ivor Cole, was engaged to produce professional drawings from Gordine’s designs. Before they were approved the Malden and Coombes District Council required additional information about this relatively new type of construction. Cole went on to supervise the building works.

The dull pink engineering bricks of the Dorich House exterior lend the building a somewhat industrial appearance which is relieved by Gordine’s use of multiple curving forms. The interior was conceived to support Gordine’s working life and incorporates two impressive light-filled studios with large metal-framed windows and a gallery in which to display her work. With its lower ceilings and smaller rooms, the top floor apartment is of a more modest and intimate scale. Stairs from the apartment lead up to a large roof terrace with a covered sleeping platform.

Kingston University acquired and renovated Dorich House in the mid-1990s with David Brown and Partners as architects for the renovation. Today, Dorich House Museum holds the largest collection of Gordine’s work, which spans her artistic career, and an important collection of Russian art and artefacts acquired by Gordine and Hare during their marriage.

From Studio Home to Museum: Dorich House in the 1990s

With support from The National Lottery Heritage Fund and a team of amazing volunteers we are currently working on a project to uncover the rich history of Dorich House from Gordine’s death in 1991 until its renovation in the mid-1990s. During this period the house was host to parties, was occupied by squatters, and was the set for a Nicolas Roeg film Two Deaths (1995). To learn more about the recent history of Dorich House including its renovation by the architectural practice David Brown and Partners click here.

In the spirit of Gordine’s exemplary life and career, the Museum operates as an international centre to promote and support women creative practitioners. Artist Hilary Lloyd was appointed the Dorich House Fellow in autumn 2015 and since then we have successfully piloted an annual Studio Residency with invited artists Cathie Pilkington in 2018 and Hen Coleman in 2019. Nadia Hebson was appointed as our 2020 Studio Resident following a public open call. To read more about how we continue the legacy of artistic production at Dorich House click here.

In addition to being part of the Artist’s Studio Museum Network, Dorich House Museum is a member of Iconic Houses, an international network of architecturally significant houses and studios from the 20th century that open to the public. To read more about the Iconic Houses network and how we have been working to support the conservation of modern architectural heritage through Iconic Houses’ Icons at Risk initiative click here.